BY TAMAR NEUMANN: If you have been following Aisle Say you will know that there are a couple of current Shakespeare and Shakespeare contemporary plays being performed in the Twin Cities right now. Since it is Fall, that means two of those productions are being done by the Classical Actors Ensemble. This year they have chosen to perform Christopher Marlowe’s Dr. Faustus and Shakespeare’s The Tempest in repertory. I always appreciate the CAE’s willingness to perform plays from Shakespeare’s time that were not written by Shakespeare. I have a soft spot for many of Shakespeare’s contemporaries—including Marlowe. He led such an interesting life and his plays are usually quite delicious. But that’s a topic for another day. You may have noticed that Liz Byron (one of our other esteemed writers) already reviewed Dr. Faustus and that means I had the task of seeing The Tempest.

I was looking forward to this production as it sounded quite interesting. The Tempest is also one of the few Shakespeare plays that I haven’t seen performed live (in its original language and form). In the past I have been well pleased with CAE and their productions. Unfortunately, this production did not live up to any of my expectations.

The Tempest is the story of a long-forgotten duke, Prospero, who is marooned on an island. He has magical powers that control spirits and a daughter that he loves. He concocts a plan to shipwreck the royalty of Italy on his island and have the prince fall in love with his daughter thus ensuring her future and restoring his own dukedom. As with all Shakespeare stories there are plenty of characters and sub-plots. I would advise that you become fairly familiar with the play before you see this production. If you don’t already understand the story you may find yourself feeling lost in the confusing mix of characters and scenes—and not just because this is Shakespeare but because this production adds additional confusion to the story. 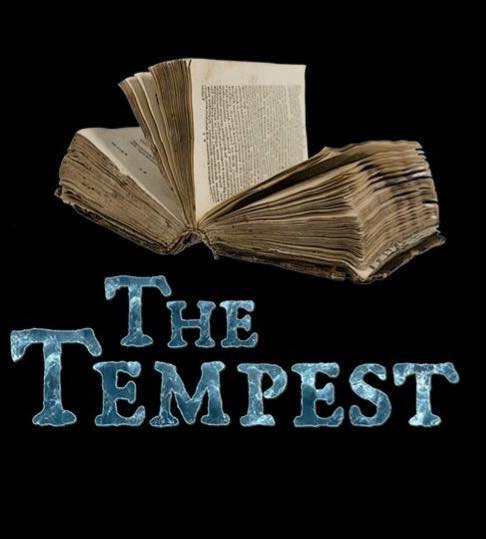 The play started out rough and remained so throughout its entirety. In theory some of the choices made seem like interesting ideas or experiments such as the use of puppets or real sand to signify the tropical island. In reality, most of those choices fell flat. The puppets only added to the confusion as they were only used by the actors they were meant to represent. It was unclear to me why the actors needed puppets to represent them when they were already onstage delivering their lines.  The sand became stirred up and caused quite a dusty experience for many in the theatre. And the depiction of the spirit Ariel seemed a bit odd. I appreciated the costuming and the attempt at the mystical, but having two actors roam around onstage as if they are hunting sexual prey seemed a bit odd.

The actors, all of which are also in Dr. Faustus, seemed to lack direction and purpose. Prospero, played by George Muschamp, lacked the ability to hold the show together. Prospero should be a character that is full of intelligence, strength, and wit with a little bit of manipulation thrown in for good measure. Instead this Prospero felt like he didn’t quite know what he was doing half of the time. The costuming choices seemed a bit odd. The costumes were both updated for modern appearances but kept older touches like scarves on leather jackets. Miranda’s shirt was also a bit confusing as it appeared to be a handkerchief safety pinned together.

In the end, the production was unable to pull everything together. In the final scene when everyone realizes everyone else is alive, Propero’s dukedom is given back, forgiveness is given out all around and a marriage is celebrated, it felt like an awkward meeting of work colleagues at a dinner party everyone has been forced to attend. There was little genuine happiness at these turn of events. And, unfortunately, there was little genuine happiness on the part of this reviewer as I left the theatre. I couldn’t help but wish that I could have had a different first time with The Tempest.

One thought on “The Tempest”